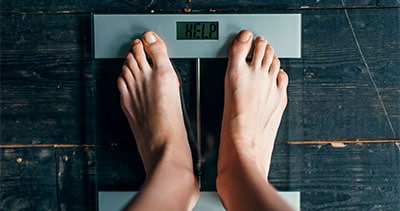 About 10% of people with anorexia are males. They are often not diagnosed because firstly, males do not often seek help as they can be too embarrassed to admit of having a so called be a female disorder. Secondly, health professionals do not often search for a psychological reason for weight loss.

Young men are bombarded with media hype on the ‘perfect’ male body, from the muscular with the six-packed, to lithe lean physique of rock stars and male models.

Like females, they are using diet pills, laxatives and diuretics as well as smoking, to control hunger along with fasting and skipping meals. Exercising excessively is another way they use to keep the weight off.

Some of the symptoms are: preoccupation with food, weight and physique, low body weight, not eating socially, lying about what they eat and have rituals when they eat.

Psychological issues are often: depression, withdrawing socially, being a perfectionist, and a poor body image.

The dieting and exercising leave its mark on the body with: thinning hair, muscle weaknesses and feeling tired, they lose their libido as well as having low blood pressure and hormone levels.

The main risk factors in developing this disorder are: a job where a lean body is essential, a dysfunctional family when it comes to body size and eating habit, and adverse life events.

The psychological issues can be alleviated with the utilizing of the formula of the My Envisioned Mind, meeting and healing the part which holds not only the Anorexia but the other issues including adversity, poor self-image, and depression and being a perfectionist.